One of my hobbies that I love is to use new and recently developed applications and technologies. On my last birthday, 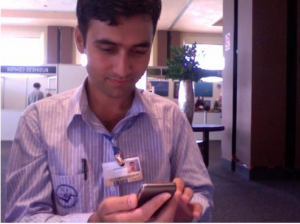 I was blessed with an ‘iphone’ from my colleague. I was very excited that day; I threw party on the same night when I got my iphone via DHL. Also credit goes to DHL for its service up to my far-flung apartment. And also I am grateful to my friend, that’s the nicest thing that anyone’s ever done for me. Otherwise, I would have never got chance to use such a wonderful thing, which would have cost almost six months of my personnel expenses in Nepal. As I remember now, I don’t know how that ‘full iphone-week’ passed; it felt like I was flying-up above Himalayas most of the time. My excitement continued when by the weekend, when my younger sister, studying civil engineering, asked me to find a map of our town on my iphone for her project work. Another hit was when my laureate brother asked me to find the meaning of some familiar Nepalese words, however, either my iphone does not support my language or not I could type on it. The next day I went to a local mobile service center on my town and discussed my problem with them. They tried all the possible solutions they could think of: they connected it with other devices, they installed and uninstalled software, but all of their efforts ruined root and branch.

UN Climate Change meeting @ PanamaNow, while having discussions with the friendly delegates here in Panamá, I realize that the Technology Executive Committee (TEC) has become like my friend (who gave me the iphone) and Climate Technology Centers and Network (CTCN) is like the service center in my town. Sometimes when the technology discussion is about service delivery, these institutions also seem like DHL, who did the hard job of delivering my iphone up to my apartment. END_OF_DOCUMENT_TOKEN_TO_BE_REPLACED

South Asian journalist at Cancun and back in the country also had similar expectations,  I was asked several questions upon receiving my email: what actual status did SAARC get at UNFCCC and what actually the observer mean? Is it like EU, or is it like African Union or like ICIMOD and IUCN? These questions in fact encouraged me to scrutinize more about our regional forum. Then, I started inquiring my own people, what I found were, objectively there is no vast difference between SAARC with EU and African Union. One of the objectives of SAARC is to accelerate economic growth and social progress of this region. Similarly, African Union is to accelerate the political and socio-economic integration of the continent and the European Union (EU) is an economic and political union of 27 member states. But in reality what I knew was, objectives are not the only principal guidance of this forum. So, in conclusion, back to the topic, SAARC after Cancun has given similar status as other intergovernmental organization (IGOs). Now, onwards SAARC can also attend any UNFCCC meetings as an observer and can also make a submission on its behalf.  END_OF_DOCUMENT_TOKEN_TO_BE_REPLACED

gathering of a large number of participants among the UNFCCC COPs. In freezing Copenhagen streets, people from around the world demonstrated and urged world leaders to limit developed country emissions and to compensate their past actions. But a small group of powerful people inside the Bella Centre betrayed everyone by letting us down and to compromising our future. At that point, I remember a slogan hung up during climate negotiation “Don’t negotiate with our future”. Science has already proven that human activity is the cause of the climate change problem through increased emissions of greenhouse gases in recent decades. This situation is similar to the situation where I have to pay the debt of my grandfather and my grandchildren will be taking even more burdens in the future. So, I just wonder what kind of world we are really planning to build?

Youth interventions at UNFCCC meeting always excite me. They often start it with, “My name is _ _ and I am XX years of age and I will be YY years old in 2050”. I have noticed timid expression with discomfort END_OF_DOCUMENT_TOKEN_TO_BE_REPLACED

Cancun set an excellent example how the outstanding leadership of a host country could effectively shape the discourse. With the Cancun Agreement as an output on the table, many issues need further discussion and more political willingness. As a follow-up for next year, discussion started from Bangkok on last April. Agenda became main agenda for Bangkok Climate Talk. The week long discussing went around only discussing agendas of Ad-hoc Working Groups and finally succeeded. Now we are at Bonn, Germany climate capital, where world meets every year to talk about climate.

I feel really embarrass and discomfort to open up this story of Bonn Meeting. We discussed on agenda for Subsidiary Bodies (SBs) on first week and are now discussing on where the next meeting should be held. Now let’s go one my one: first on the agenda and on the next meeting issues. This would be best agenda to discuss.

One of the reasons to open-up the discussion on the agenda was because of some new proposals from some countries such as water resources, blue carbon, agriculture, and the rights of nature and ecosystems. Finally, parties agreed to work on the understanding that consultations would continue. 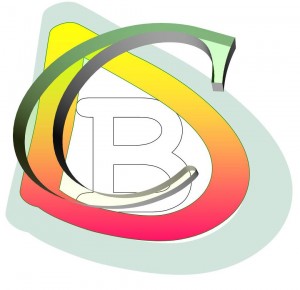 Brazil’s second largest city, Rio de Janeiro, witnessed the first ever gathering of environmental campaigners/caretakers and produced an international environmental treaty (UNFCCC) with an objective to stabilize greenhouse gas concentrations that would prevent dangerous anthropogenic interference in 1992. After one and half decades, the discourse took new dimensions in Bali, developing a new road map as a two-year process of finalizing a binding agreement in 2009 in Copenhagen. But brushing aside this huge expectation, Copenhagen only produced a weak political statement titled the ‘Copenhagen accord.’ The summit could not pave a way forward for this global issue.

The road from Copenhagen to Cancun, in 2010, was also not that easy.  Cancun set an excellent example how the outstanding leadership of a host country could effectively shape the discourse. It was a well known fact that many issues were still on the table that are still unresolved, need further discussion and more political willingness.

To my surprise, these climate discourses always opt for places/countries that start with an interesting first letter. Copenhagen was followed by three meetings in Bonn and semi-final at China’s beautiful city Tianjin. Cancun was another important milestone that was also able to keep up trust on UN process. It was then followed by Bangkok and now at Bonn, both the climate capitals of Asia and Europe, respectively. One of the issues that needs resolution here is where will the next intersessional will be held. My opinion is to follow the ritual so go for places that start with initials B, C or D! But of course not Copenhagen!

Now on the way to the match in Durban, termed the “African COP,” many issues END_OF_DOCUMENT_TOKEN_TO_BE_REPLACED 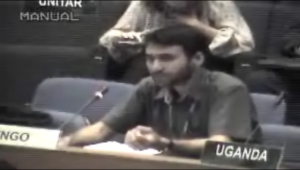 My name is Manjeet Dhakal from Nepal and I am speaking on behalf of the Climate Action Network. The technology cooperation mechanism has been discussed for a long time and we now have a basic framework for an institutional structure under the UNFCCC. However, the entire initiative is put at risk by the failure to establish a mechanism for evaluating whether or not proposed technologies are “environmentally sound” and are worthy of support. Essential to any technology evaluation is the full and authentic participation of civil society.

The achievements of the Cancun Agreements were the formation of a Technology Mechanism, including the Technology Executive Committee (TEC) and the Climate Technology Centre and Network (CTCN). We urge the delegates to frame the TEC so that it can decide on every activity that will be carried out under the climate technology cooperation framework, and agree that the CTCN will operate under its supervision. Both bodies must ensure balanced representation. There is no doubt that the vulnerable courtiers, particularly LDCs would benefit from END_OF_DOCUMENT_TOKEN_TO_BE_REPLACED 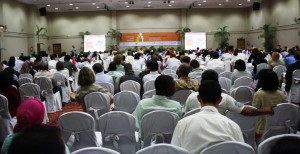 With the above mentioned theme, fifth International Conference on Community based adaptation is being held in Dhaka, Bangladesh. The first CBA earlier organized in 2005 in Bangladesh with around 50 participants has now become one of the largest gatherings of scientist, experts, policy makers and practitioners of community based adaptation (CBA). More than 350 participation from more than 60 countries from all continents and the presence of Prime Minister Sheikh Hasina at the formal inauguration on 28 March has added value to the conference.

Following the tradition of CBA conference, earlier participants were sent to eight different sites of Bangladesh to sense the real impact and community adaptation responses and practices. Followed by the field visit, the technical session started form 28 March.  According to the organizers, with many other world leaders Dr. Rajendra K. Pachauri, Chairman of IPCC will be joining the concluding session on 31 March.